Apparently, the racists, misogynists and those in collusion, complicity and cohorts in discriminatory conduct reserve the right to adhere to the disgraceful act. However, the victims are denied the individual rights to share their plight despite the outrageous absurdity continued and the targets are expected to accept the abuse as their fate.

Accordingly, the prohibited critical race theory is brought to attention in fairness to the victims and importantly to shed light on the basis and cause of human atrocity against fellow humans subject to skin color, physical appearance, religion, socio economic, geographic and political derisive classification.

The topic begins with fundamentals and facts in critical race theory.

The crucifixion of Jesus Christ. The believers of Lord Jesus believe Jesus died for their sins.

Is the world in the second millennium twenty first century free of sinners or sins?

As a matter of fact, the crimes against humanity has peaked more than ever deploying blatant and defiant means with no regrets over life consuming i.e. depopulation agenda and destructive actions.

The same oppressors declared supremacists and chosen ones continuing their tyranny on earth as born rulers of the planet are the ones who crucified  Lord Jesus. 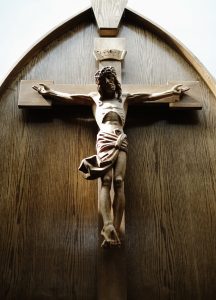 The decadent, declining and degenerative in black and white exposure is necessitated as a result.

The White Supremacy, the presumptuous patriarchy, the chosen ones hierarchy, the self-coronated monarchy, the gluttonous slavery and enslaved cronyism among several nomenclature are responsible for dehumanization.

How did the white dominance treat their own kind then and now?

The child labor and exploitation of the white children in the poor working class, the mistreatment of orphans in cold England days continued until now with the difference being the white children replaced by non-white kids in sweat shops worldwide to predominantly benefit the white owned fortune 500 companies is an embarrassment glaring right at them.

The abuse of children is not limited to slave labor and extended beyond into child pornography and pedophilia.

The unfortunate ones often described as the downtrodden and street urchins including the moniker artful dodger in classic english literature by authors like Charles Dickens presented the stark naked reality in White European class oriented society.

The trend then adapted by non-white exploiters in the trade is yet another aspect. Nonetheless, the corner stone in abuse, slavery, misogyny infinity, violations of all kinds, oppression, persecution, repression, subordination, segregation and condemnable inhumane culture were asserted and institutionalized by white dominance via imperialism and colonialism.

Imperialism and colonialism facilitated by traitors treason and insiders’ corrupt crony servile tradition in self-interests enslave population for generations in the past and present time. The corruption and greed driven hunger for undeserving fame, fortune and power among the exploitative class serving as puppets, proxies and pawns in society enabled the White Supremacy evolve into Global Supremacy to reign control till date.

The abusers are typically self-destructive elements, internally corrosive and inherently sadistic with no purpose in life except remaining the source and catalyst for own misery. The variety target the one not even remotely related to their self-inflicted peril resulting in own mortification. Not to mention irredeemable burden on soul.

How do they treat women beginning with their own and other race, religion or ethnicity?

It goes without saying the attitude is laden with contempt, condescendence and cheap theatrics using women volunteers from these segments lured with fake publicity bait for phony fame, fortune and power.

The women among white race were denied the right to vote well beyond the time celebrating victory lap on United States independence from their ally none other than British imperialism posing as pilgrims who unsurprisingly made their host United States the taxpayers and servile to then colonizer.

The long standing subordination and subjugation of white women let alone the people of color and other cultural denominations at that time prompted the following.

The women’s suffrage movement was a decades-long fight to win the right to vote for women in the United States. It took activists and reformers nearly 100 years to win that right, and the campaign was not easy:

Update April 7, 2022 – In the critical race theory elaborated on targeted prejudice and discrimination, it is not surprising to note the megalomaniacal misogynist patriarchy and their monetarily hired male and female sycophant contingency lack basic intelligence and civility contributing to devoid of humility.

These members in society despite having emerged from a woman’s womb sharing 50% DNA from each of the parent via female X chromosome present in either gender unlike the male Y chromosome determining male identity constantly associate woman with only body and not mind and soul about her.

Such indulgence is the attribute of those intellectually crippled along with zero mental and emotional intelligence bearing no relevance in respecting others rights or feelings taken for granted at their will.

Again considering acute deficiency among them in this regard, their obsession with voyeurism and lewd imaginations to slander women is subconscious trait surfacing impulsively much to own denigration.

Those who have no control over own negativity with repulsive disposition as the sole purpose of their existence, they are sad example of wasteful human kind. Lost in their mind to recognize own shortcomings and deficits, they choose to suffer from compulsive destructive disorder.

Critical race theory will continue with further facts and details on the relevant matter.