These actions from different entities at various levels are important considering the big techs enormous clout and power overwhelming the democratic system. Unfortunately, the big techs misinterpretation of the power albeit granted by none other than the people from all walks of life as social media users turned against citizens in selective silencing of freedom of expression, the inalienable fundamental right in any democracy endanger liberty and individual rights.

Facebook – The tech giants arbitrary engagement in monitoring and monetization of users’ personal data as found in Facebook practice is a major violation of individual privacy and security. The same is applicable to Facebook owned Instagram and WhatsApp unbeknown to billions of users distribution of private details to third party for commercial gains.

Twitter – Twitter on the other hand promoting hate speech and other objectionable content in public domain largely affecting children and minors have consistently targeted accounts by deleting and suspending facts based information on general issues for political reasons under the guise of company policy.

Google – The search engine Google managed algorithms on their part continue to remain discretionary on material listing  upon data search that are arguably not in correlation with algorithmic procedure.

You Tube – In the same context, Google owned You Tube have exceeded limits in curbing free speech with demonetization of channels, shadow banning, blacklisting and removal of videos prohibiting users from their basic rights to share views and concerns on matter relevant to public and society at large.

These activities from the Tech giants by far threaten citizens’ constitutional and birth right to freely interact and communicate on social media without being subject to corporate bias and political isolation.

In fact, the public as social media subscribers and users could play a huge role in seeking necessary change and reform in the Tech oligarchs operation and management of the social platform. The public reminder to the Big Techs on the people based social media power behind the rise and fall of companies are critical to retain free speech rights that are non-negotiable and solemnly guaranteed in any civil society.

Microsoft – Microsoft founder Bill Gates established Bill and Melinda Gates foundation is yet another example in the egregious decision-making process ranging from lucrative investments in scientific endeavors such as SARS COV2 lab experiments in Wuhan Virology Institute, China to genetic alterations of food organisms in the genetically modified organisms (GMO) in food items proven harmful to human and livestock alike.

Last but not the least, Facebook, Twitter and You Tube restrictions on publications that are truthful, factual and incontrovertible evidence predominantly to shield any political party, factions or members is a direct assault on democratic principle and transparency. The political campaign donations in the amount of nearly $500 million from Facebook and Twitter extending beyond legal campaign contributions are open bidding on democratic election undermining electorate and electoral laws in the country.

Conventional wisdom is against empowerment of anything not in compliance with the common rule of law such as free speech, individual civil liberties as well as personal well being ultimately rendering the source powerless. In this instance, the tech companies’ meteoric rise in social media and tech sector primarily from users involvement have taken people for granted with little or no respect for the first amendment enshrined in the constitution and freedom of choice in health and personal matter.

There is an urgent need to protect people from Big Techs unprecedented intervention in all things relevant to democratic values and healthy survival in society. 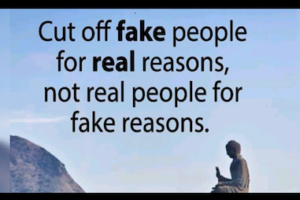